Home » Adventure » This is How to Crush a Bucket List: A Year in Review
Adventure, Fitness, Travel, Wellness, Writer's Life 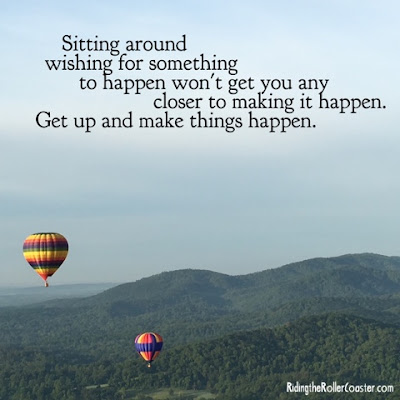 Ask just about anyone you know if they have a bucket list of awesome things they want to do before they die, and chances are, they’ll say yes.

“I want to travel the world,” some will say.

“I want to start my own business,” others will say.

“I want to win the lottery and retire at 45, never to work again,” other (delusional) friends might say.

But how many do you know who are actively working on their bucket lists? It wasn’t until I finally started knocking items off my own bucket list that I realized how long I’d been hiding in the category of all talk and no action.

People tend to reevaluate their lives when they go through major transitions. My divorce was no exception. It was during the dismantling of my marriage that I started on my bucket list. And if I’m being honest, I didn’t even know that’s what I was doing. At the time, I was just in need of a distraction, a goal, a reason to get out of bed and move. My bucket list came knocking on my door, telling me it was time, promising that the only way I could fail was by not trying.

That was three years ago. So how am I doing on that bucket list? I’m proud to say I’m kicking its ass.

What all have I checked off? Well, a year ago I wrote a piece for the Huffington Post called, “How a Divorce Bucket List Helped Me Move On,” listing six big-ticket items on my bucket list. Here’s how I’m doing on that list: 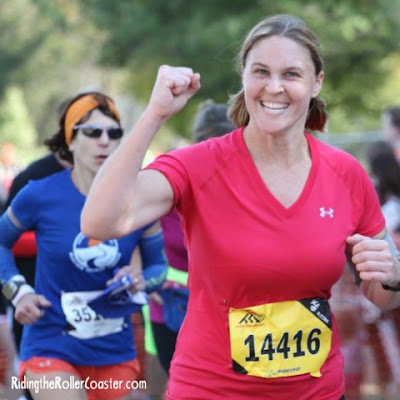 This is what kicked everything off. I decided to run the Marine Corps Marathon during one of the most difficult times in my life, and that decision didn’t just get me in amazing shape, a cool medal and the bragging rights to put a 26.2 magnet on my car. It also made me realize that I’d been talking about running a marathon for years in the same sentence as “bucket list” and “some day.” Crossing that finish line made me realize my some day had come. And I wondered why I waited so long for it instead of making it happen.

And just like that, I wanted more of my “some day” wishes to become “now” realities. 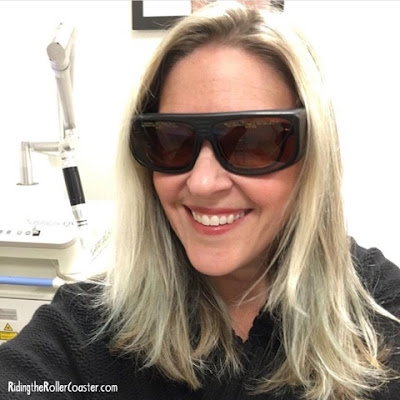 When we’re 14 we think we know it all, don’t we? Well, we don’t. And I have a regrettable tattoo to prove it. (Click here for the story on that.) The tattoo is small and privately located, and I probably could have lived the rest of my life keeping it hidden and simply ignoring it.

But I wanted it gone.

What originally cost $40 and 20 minutes of my time is now a continuing project that has taken well over a year and over $1,000. At the end of this month I’ll undergo my 12th laser treatment, and it won’t be my last. Fingers crossed for lucky 13! 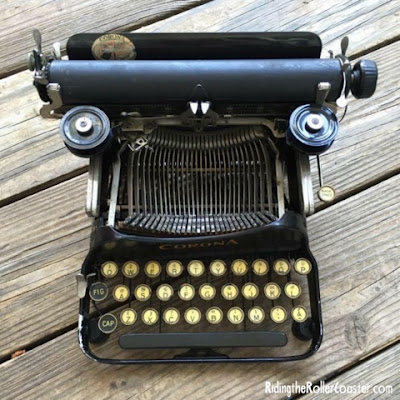 I’ve had a novel written in my head for as long as I can remember. The tricky part it seems is transferring it from my brain to my computer. I can’t say I’m accomplishing this bucket list item in a timely fashion, but the novel has officially made a home on my computer with several chapters completed. I don’t know when it will get done, and I’m trying not to put too much pressure on myself with a deadline. Right now, the fact that I’ve started gives me hope that I’ll finish. Write on.

4. Learn to play the guitar 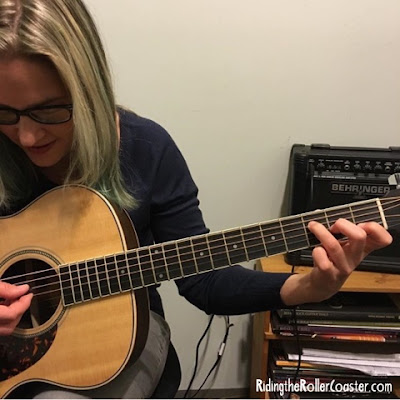 I’ve always been really good at listening to music, but not so good at making it. A million years ago, I played the drums in middle school, but I quit for fickle middle school girl reasons. My dad picked up the guitar after he retired and listening to him reminded me that I’ve always wanted to learn. With his help and encouragement, I set out on this acoustical journey that has proven to be way more challenging than I expected. But I take weekly lessons, try my best to practice at home and take pride in my efforts and accomplishments. 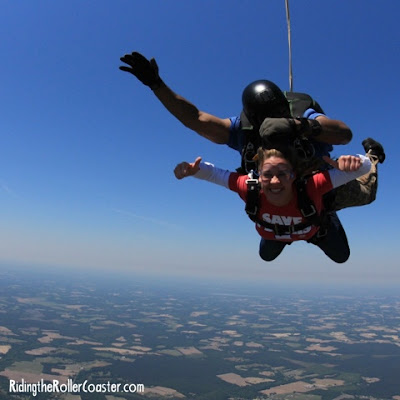 When I turned 39 last year, I had an overwhelming itch to do something epic and a new boyfriend who was more than willing to be my partner in epic-ness. What started as an outlandish suggestion over coffee one morning turned into a plunge out of a perfectly good airplane. It was a extreme lesson in overcoming fear with a bonus shot of adrenaline. It was pure awesome.

6. Go on a solo vacation 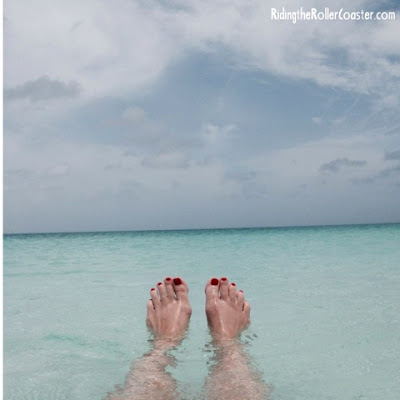 When  my ex and I first split up, I had a hard time going out to dinner by myself. I felt like people were staring at me, wondering why I was alone. I felt awkward with no one across the table to talk to. It was lonely and boring.
But the more I started doing things alone, the more I embraced it. So when I found out that my kids would be spending last summer overseas with their father, I decided to take advantage of that time to go on vacation. By myself.
I spent seven amazing days in Turks and Caicos. I swam, walked, biked, shopped, read, wrote, collected shells, snorkeled, sailed, flew on a trapeze and totally de-stressed. And I ate every meal alone, a concept I never would have entertained three years ago. I treasured every second. 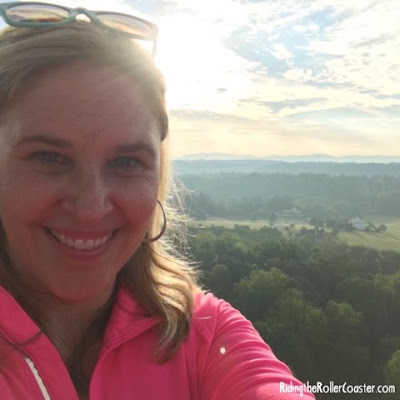 This one is a relatively new idea and wasn’t on my list a year ago. In the months leading up to my 40th birthday, I wondered how I was going to top my last birthday sky diving adventure. And one day it hit me out of nowhere that I wanted to go on a hot air balloon.

The logistics were a bit more complicated for this one because it required traveling, working around a university’s graduation and obsessing over weather reports, but it all came together in a chaotic, perfect kind of way. That new boyfriend of last year was once again my partner in epic-ness, plus my best friend who was also celebrating her birthday.

Although both birthdays revolved around an up in the air sky theme, the experiences were totally different. Unlike the blurry rush of falling from 14,000 feet, hovering in the middle of the sky at 1,100 feet in the balloon was calm, peaceful and beautiful. I have to admit I had moments of frozen realization that I wasn’t wearing a parachute and one false move could hurl me over the side of the basket. But when we started descending, I felt myself trying to stop time so the flight wouldn’t end.

So what’s next on my bucket list? I haven’t figured that out yet. I think generally speaking, I want to continue trying new things, especially cool things I never thought of doing before. Since my boyfriend kindly amuses me by participating in my birthday adventures, I try to do the same for him. Last year we went camping in Shenandoah National Park, and I scrambled up rocks and bagged a peak when I didn’t even know what that meant. 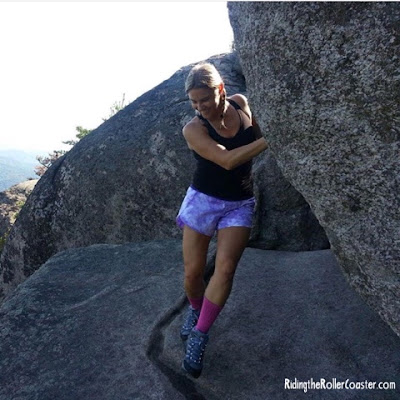 This summer, when the kiddos are once again with their father for 10 weeks, we’re heading out to Costa Rica for zip-lining adventures and sloth sightings. Other than that, I’m not quite sure what’s next.

What I do know is that I refuse to sit around and wait for things to happen. I’m going to keep getting up and making things happen.

Despite the tight squeeze in the hot air balloon basket and my fear of losing my grip on my phone and watching it plunge to its death, I did manage to take a Facebook Live video while up in the air. Check it out.

I'm a writer, a mom of two, a girlfriend, a former military spouse, a runner and swimmer who can't live without yoga and meditation, and an adventure seeker. Hang out with me for a little while.